This is my second run for the year 2014. it should be my third run though.. but oh well, enough said. The same running clan running for the charity run except for one of the guy, he ran the IJN charity run at Putrajaya. Amazingly, the IJN route looks, challenging & fun too.

Midvalley wasn’t that bad. I would like to extend the heartiest congratulation to the MCCR 2014 organizer as they made the event, in smooth & fully organized. Serious!! For such a small running event, they did extremely well. We’re very happy with the event.

Of course, the goodie bag, handful of vouchers and plenty of food for breakfast. No groaning & moaning came out from any of the runner’s mouth (Not that I ever heard of any complaint though). 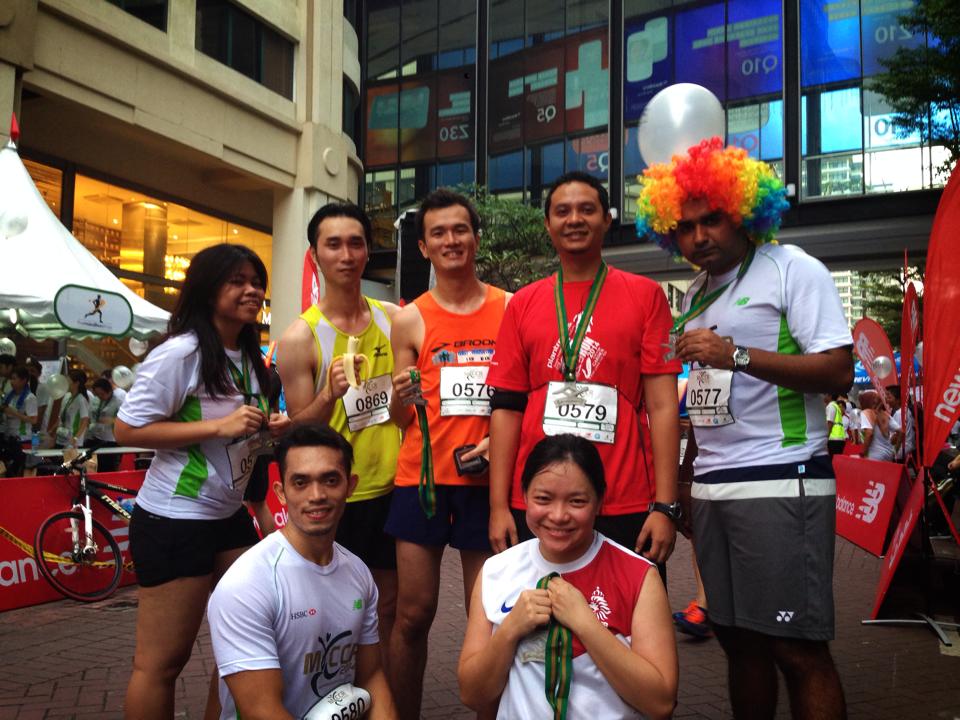 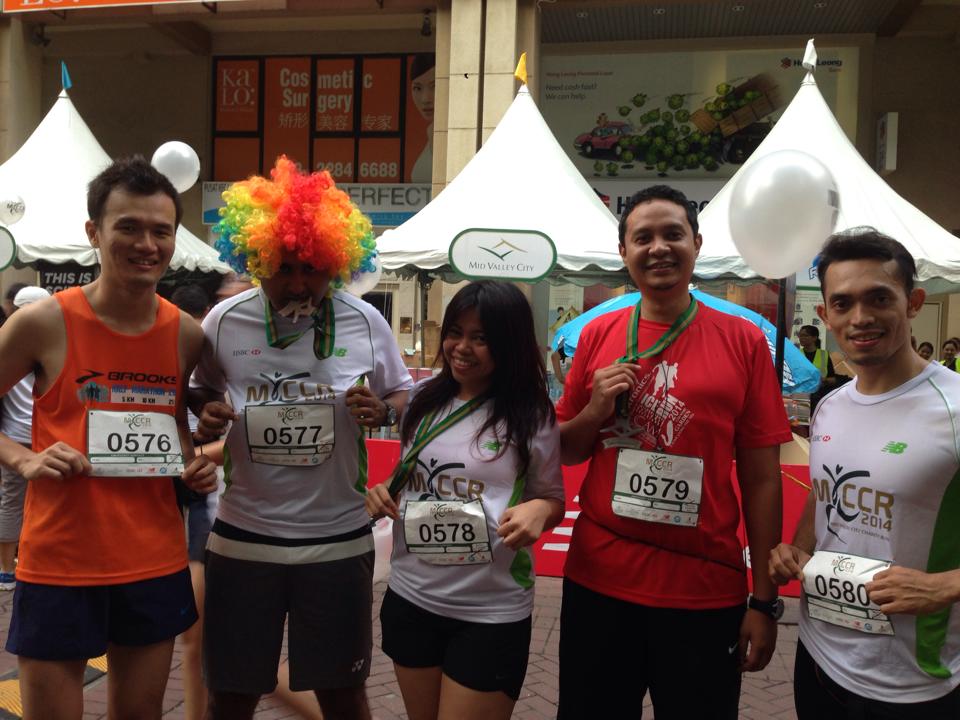 Look ! we have the running number bib. yeay 🙂

Such a small & cute backdrop with a planter box & a fern :p

We’re running with balloon for the second lap

Amazingly, all the money spend to participate to this event, given to the St. John Ambulance.. as charity. Am glad 🙂

Look at the amount of vouchers we got !!